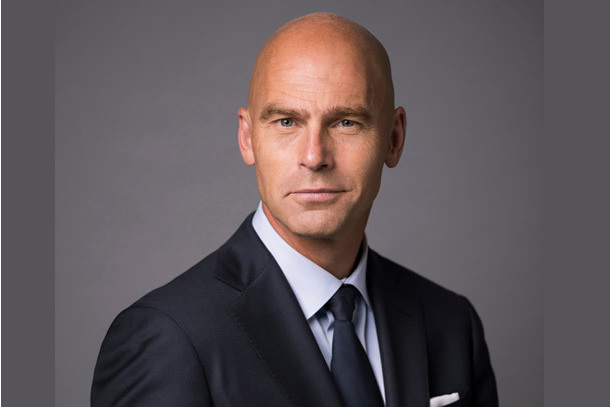 Adaptation finance is scaling too slowly to close the investment gap in Africa, even as the costs of inaction rise. – Patrick Verkooijen, CEO of Global Centre on Adaptation.

A new report today by the Global Centre on Adaptation (GCA) says Africa is facing a critical shortfall in funding for climate adaptation.

The report, State and Trends in Adaptation in Africa 2022, reveals that cumulative adaptation finance to 2030 will come to less than one-quarter of the estimated needs stated by African countries in their National Determined Contributions (NDCs), going by current trends, unless more funding for climate adaptation is secured.

In 2019 and 2020 an estimated $11.4 billion was committed to climate adaptation finance in Africa with more than 97% of the funds coming from public actors and less than 3% from private sectors. This is significantly less than the $52.7 billion African countries are estimated to need annually till 2030.

To increase the volume and efficacy of adaptation finance flows to Africa over the coming decade, the report makes a number of recommendations. It advises that financial institutions must mainstream resilience into investments they are making. The report also recommends that policymakers and other stakeholders must build the enabling environment for adaptation investment. The third recommendation of the report says financial innovation for adaptation must match country-level policy and market conditions.

“Adaptation finance is scaling too slowly to close the investment gap in Africa, even as the costs of inaction rise,” says Patrick Verkooijen, CEO of GCA. “As we look forward to COP27, we must generate a breakthrough on finance for climate adaptation.”

He said the Africa Adaptation Acceleration Program endorsed by the African Union is the best vehicle to ensure the adaptation investment shortfall in Africa is met with action from all available sources including the private sector.

Speaking during the launch event for the report, Amina Mohammed, Deputy Secretary-General of the United Nations, said COP27 must be a turning point. She called on developed countries to put forward credible plans to double adaptation finance to reach US$40 billion a year by 2025. The Secretary-General also called for a new business model to deliver adaptation finance by turning adaptation priorities into pipelines of investment for projects.

On his part, Akinwumi Adesina, President of the African Development Bank Group, who also spoke at the launch of the report, said the Global Centre on Adaptation is doing an incredible work in mapping out what the needs are, mapping out how to make climate resilient infrastructure. “Already, the Upstream [Financing] Facility at the Global Centre on Adaptation is doing so much analytical work to support countries to build climate resilience into infrastructure, into agriculture and to mainstream climate financing into national bodies but also into the financing of large multilateral development banks,” he said.

Josefa Leonel Correia Sacko, Commissioner for Rural Economy and Agriculture for the African Union Commission, said in her address that Africa’s 1.4 billion people contribute less than 3% of the world’s total greenhouse gas emissions but finds itself on the frontline of this climate emergency with nine out of ten of the most vulnerable countries in Africa. She said adaptation to climate change is very crucial to Africa, recommending that, at COP27 coming up in Egypt on 6-18 November 2022, it is adaptation and financing adaptation which is the priority of the AU.

The report provides policy shaping recommendations in key areas such as livestock, agriculture, cities, nature-based solutions, blue economy, and coastal erosion. It is a comprehensive guide to assess progress on climate adaptation in Africa and provide guidance and recommendations on best practices in adapting to the effects of a changing climate and building resilience to climate shocks.

The report highlights successful adaptation initiatives from the Africa Adaptation Acceleration Program (AAAP), which have the potential to be scaled up and replicated. It also presents key policies, skills and finance gaps that must be addressed if adaptation is to be effective and reach those who need it the most.

“The climate is changing rapidly, and Africa needs to Adapt,” said Ede Ijjasz-Vásquez and Jamal Saghir, Co-Directors of State and Trends in Adaptation in Africa 2022.

They said Africa must adapt to rising temperatures, more extreme storms and floods, rising sea levels, more intense heatwaves, and longer and more severe droughts. They said the new report maps out the impacts of climate change, the available adaptation solutions, and proves that adaptation is an opportunity for jobs and economic recovery.

The Africa Adaptation Acceleration Program (AAAP) was developed by African Development Bank (AfDB) and the GCA to mobilize $25 billion by 2025 to implement, scale and accelerate climate adaptation across the African continent. AAAP is working across four interconnected pillars to achieve transformational results: climate-smart digital technologies for agriculture and food security; African infrastructure resilience accelerator; youth empowerment for entrepreneurship and job creation in climate adaptation and resilience and innovative financial initiatives for Africa. AAAP has already guided over $3.5 billion of upstream investments in 19 countries with every dollar spent influencing $100 downstream, according to a statement GCA sent to Financial Nigeria.