Nothing less than a seed revolution for smallholder farmers 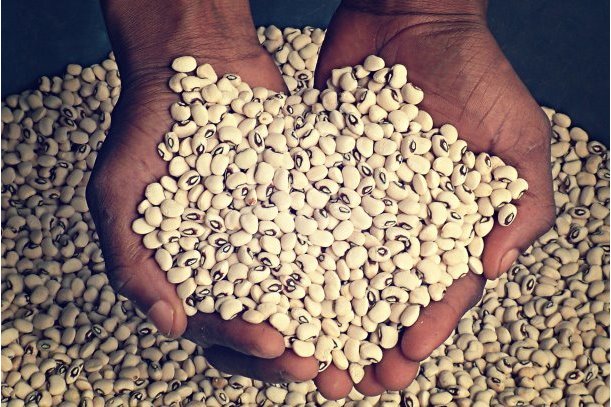 Crop seed is a cost-effective input and one that even the poorest of farmers use. Yet, because their access to steady supplies of quality seed is limited — especially in sub-Saharan Africa — farmers have little choice but to plant seed from their own or neighbors’ harvests. Within a few years after adopting improved crop varieties, they see a gradual decline in the benefits.

Nothing less than a revolution in seed sector development is needed, if farmers are to gain enduring access to the crop varieties they want and need to confront the agricultural challenges of the 21st century. Concerted action now will enable quality seed to serve as a conduit for delivering all sorts of benefits — beyond high yields.

“Biofortified” varieties, for example, with higher micronutrient levels, have a proven ability to enhance nutrition, while stress-tolerant varieties or clusters of diverse seed can help farmers cope with a variable climate. Seed thus provides a way to reach multiple goals in one fell swoop: better productivity, nutrition, resilience and even income.

The challenge, however, is to ensure that improved seed reaches smallholder farmers  — including those at the “last mile” — through sound investment in seed systems.

Farmers typically use two types of seed systems — formal and informal. The first offers modern crop varieties in the form of high-quality “certified” seed, which is generally made available through research organizations, private seed companies, and sometimes emergency relief agencies. Informal or traditional systems move a range of varieties — both local and modern, and of variable quality — through local markets, social networks, and farmers’ own seed stocks.

For decades, nearly all investment in seed systems has focused on supporting the formal model (both public and private). Yet, farmers continue to source the lion’s share of the seed they sow from informal channels. Recent large-scale studies involving 40 crops and 10,000 or more observations (mostly from Africa but also Haiti) document this puzzling conundrum with precision. Farmers were found to obtain 90.2 percent of their seed from informal systems, including 50.9 percent from local markets. Meanwhile, formal sector agro dealers supplied only 2.4 percent of the seed — and most of that was just maize and hybrid vegetable seed. The figures for grain legumes are even more striking: 98 percent from the informal sector and 64.4 percent from markets.

The silver lining is that farmers routinely pay important sums of money for seed (albeit local seed), suggesting a potentially large smallholder clientele for better-quality seed. To realize this potential, however, formal seed systems, including the private sector, must pay more attention to what has been called “the science of delivery” — an area that has seen modest but important advances in the last 10 years.

During the early 1990s, for example, Rwanda’s national agricultural research program, in partnership with the International Center for Tropical Agriculture, began offering small seed packets containing only 100, 250 or 500 grams. The logic behind this approach, which has proved to be quite valid in practice, is that smallholder farmers are willing — even eager — to buy new bean varieties if the packet size allows for risk-free testing at a cost equivalent to that of a cup of tea.

It has taken two decades for seed companies to take on board this smallholder perspective. During the last growing season, one such firm — Dryland Seed Company, operating in Kenya’s arid eastern areas — put 50 tons of bean seed in 500-gram and 1-kilogram packets, and sold nearly all of it. The sale of small packs is also gaining momentum in Rwanda and Uganda, where the approach is sometimes used for multiple crops.

Other breakthroughs are needed, however, to extend the capacity of agro dealers to meet farmers’ seed demand, given that these outlets generally operate within a radius of no more than 200 kilometers. Three actions are especially critical for scaling up seed sales and impacts:

1. Build on networks already created for other purposes. In Zimbabwe and East Timor, for example, seed sales have been added to rural “mom-and-pop” stores selling basic staples. In Malawi, seed is routinely sold at supermarkets, with clear variety labels.

2. Leverage the informal sector, especially to reach farmers in remote locations. The advantage of the informal sector is that it handles a wide range of smallholder crops, including beans and other grain legumes. Improving the quality of stored seed (and thus reducing the routine 30-60 percent losses of legumes) can be accomplished with relative ease, using hermetic storage bags or other proven options.

3. Address the challenges of engaging larger informal actors. Big seed and grain traders have much potential to move new varieties and high-quality seed on a large scale. But conditioning and storage issues will need to be tackled, particularly if stock turnover is slow. Moreover, certified seed sales via trader networks will need to be aligned with national seed law regulations. Both of these steps merit close testing.

Much remains to be done, though, before such approaches can succeed. New seed sector investment must go beyond more of the same. And its focus must shift from the supply side (with its emphasis on producing more seed for profit) to the demand side, where the key question is what we must do differently, so that farmers — even poor and remote farmers — can access a wide range of crops, varieties, and seed supplies with confidence.

Decades of national and international investment have led to the development of hundreds of improved crop varieties. Now is the time for an equally determined effort to bring quality seed of these varieties within the reach of millions of rural households.

Louise Sperling is a senior technical adviser at Catholic Relief Services, where she leads a program focused on strengthening vulnerable populations. Since 1988, she has managed projects in some 30-plus countries in Africa, Asia and Latin America with work encompassing ‘normal’ smallholder farmer systems as well as high stress ones.