NEXIM has done well but can do more 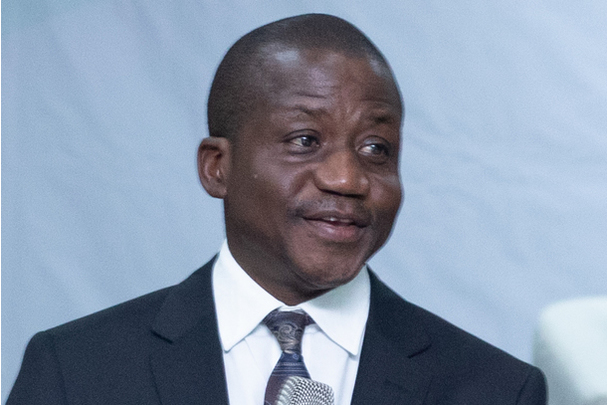 Apart from the three legacy projects funded by the then-Western Region, all the new cocoa processing plants in Nigeria were funded by NEXIM.

Hope Yongo, Technical Adviser to the Managing Director/CEO of Nigerian Export-Import Bank (NEXIM) and a pioneer staff of the Bank, speaks on the history of the country’s official export credit agency. He was interviewed by Financial Nigeria editors.

Financial Nigeria Editors (FNE): Congratulations on your 30 years of meritorious service to NEXIM, which marks its 30th anniversary this November. As a pioneer staff of the bank, what were the issues, grand ideas, and hope around the founding and operational take off of the bank?

Hope Yongo (HY): NEXIM was founded on the philosophy of solution provision and timely service delivery to stimulate and expand Nigerian exports. This was based on time sensitivity of exports. The Bank’s policies were strongly centred around non-oil sector, with added emphasis on value added exports. Due credit must be given to the pioneer MD, Mr. C. C. Edordu, who unfortunately did not finish his tenure in office before he got appointed as the pioneer President of Afreximbank.

FNE: Thirty years later, to what extent have the ideas and aspirations been realised?

HY: To be realistic, a lot more could have been achieved when viewed against the backdrop of the Bank’s goal at inception, of export diversification and transformation from primary commodities into processed and semi-processed products. NEXIM periodically reports progress on processed and semi-processed products as a percentage of total non-oil export products. The figure exceeded 50 percent.

FNE: What, from your experience, were the key moments, or major development, in the history of the Bank?

HY: There were quite some major developments that remain indelible in my mind. First was the Bank’s decision to revise its strategic objectives to support oil production, because an indigenous oil company was allocated an Oil Production Licence (OPL). The decision then was that NEXIM needed to support the company to succeed so that it would provide opportunities for other Nigerian companies to successfully participate in the oil and gas sector. Thankfully, that intervention was successful, and the company struck oil and fully repaid the facility.

The second memorable moment was when most of the greenfield agro-processing factories, e.g., cocoa, rubber, and oilseeds that the Bank financed were having challenges sourcing adequate raw materials for uninterrupted production and were therefore unable to meet their maturing obligations. NEXIM innovatively introduced two new schemes: Stocking Facility, to enable processors stock seasonal raw materials to mitigate shortages and shutdowns; and the Repurchasing Facility, which was designed to enable borrowers to repurchase and extend repayment of maturing loan instalments. The repurchased instalments were then structured to fall due on extended periods that operational cashflows can sustainably accommodate.

These schemes greatly improved the quality of the Bank’s loan assets at risk, which I would recall was over US$80 million, out of total loans of about US$123 million advanced to 40 cocoa, oilseeds, and rubber processing companies in line with the Bank’s drive to enhance value added exports.

The third historic development that really validated NEXIM’s development banking orientation was when it was observed that one of the start-up rubber processors financed by the Bank was having working capital challenges and could not avail funding from other sources because its main bank through which NEXIM provided an inter-bank facility was in distress and unwilling to open the company’s collateral to accommodate additional lender. With this development, NEXIM had to execute a novation of debt agreement to discharge the merchant bank of its liability. NEXIM then took over the pledged collateral and assigned it to a new lender. The irony in this case, and as fate would have it, was that the merchant bank was liquidated, and the rubber processing company became one of the largest in the business, generating an average foreign exchange income of over US$30 million annually.

FNE: Expert views have converged around the “mono product” economy, with regard to the export base, as the reason the value of the naira has been falling. This could mean that NEXIM, which was set up to finance the diversification of the country’s non-oil exports, has failed or it has a lot more to do. Which is it?

HY: I was deliberately taciturn in my response to the question on whether the ideas and aspirations of the Bank at inception was realised. But to put your new question into perspective, let me say that NEXIM has done very well, and I will explain. If you take the cocoa sub-sector for example, apart from the three legacy projects funded by the government of the then-Western Region, in Ede, Ile-Oluji and Ikeja, all the new cocoa processing plants in Nigeria were funded by NEXIM. The Bank disbursed over US$71 million for about 11 new cocoa factories. NEXIM disbursed about US$13 million to support the establishment of 15 new rubber processing factories. The Bank’s intervention in industrial trawling and fishing as a deliberate policy to broaden export basket is even more impactful. NEXIM disbursed over US$47 million for the acquisition of over 60 trawlers to 24 fishing companies.

The good news about the Bank’s funding interventions was that over 70 percent of these projects were start-ups that became listed on CBN’s Top 100 exporters. At a time, over 25 percent of the list was NEXIM-funded greenfield projects.

I agree that NEXIM can do more, but that must come with the support of its stakeholders. NEXIM being an Export Credit Agency of the largest African economy should have the largest share capital among its peers. This is even more necessary because of the need to diversify from the “mono product” economy you mentioned.

FNE: What are needed to enable NEXIM to become more successful with delivering its mandates?

HY: Increment in its capital structure and strong KPIs with periodic performance monitoring of targets. Also, the processing of short-term trade finance applications needs to be expedited. I recall that at inception, during what we termed our “export year”, that is November – March, all short-term applications under the Rediscounting & Refinancing Facility (RRF) were usually funded the same day of receipt. Mr. Edordu would repeatedly tell the trade finance department that “export is time sensitive”, so as not to expose exporters to the vagaries of the FX market because of unnecessary delays.

FNE: Between a nostalgic feeling about the Bank and looking ahead to what its future can be, which do you dwell on more and why?

HY: The future is more important because the Nigerian economy, in my humble opinion, remains hugely untapped. If deliberate policies are designed and implemented, we should be witnessing tremendous growth in the contribution of sectors like services e.g., medical tourism, shipping, ICT (through business process outsourcing) and solid mineral, thereby boosting non-oil export receipts and employment generation.

FNE: What should be expected of NEXIM in the next five years, in terms of impact and new interventions in the marketplace?

HY: With the new innovative products being designed to broaden the scope of financing instruments to support non-oil exports, coupled with the strategic partnership frameworks being developed, we should be seeing NEXIM become more relevant and impactful in the realisation of its mandate.