Moving the money to finance the 2030 Agenda for Sustainable Development 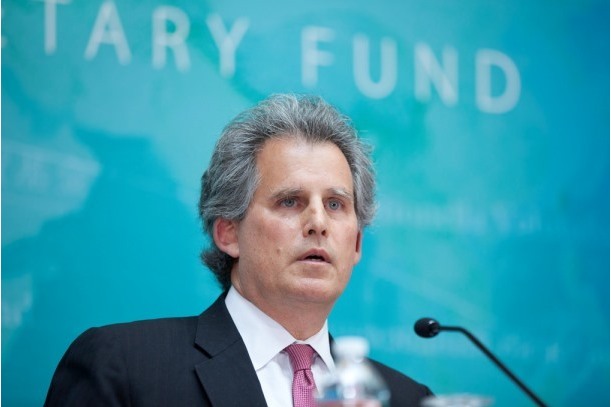 The SDGs were designed to help ensure that all people have a fair chance to thrive, no matter who they are or where they are from.

Good afternoon. I would like to thank UNGA President Muhammad-Bande for inviting me to address this important meeting.

Let me start with a simple fact: the SDGs were designed to help ensure that all people have a fair chance to thrive, no matter who they are or where they are from.

Delivering on that promise is not a simple task. It requires tackling some of the biggest challenges of our time, including the existential threat of climate change.

As the effects of climate change become more tangible, they are reshaping the conversation – at the kitchen table, across generations, and at the global level.

Climate change is a macro-critical issue requiring international cooperation – one in which the IMF is deeply involved through its policy advice and research.

Our priority is to support countries in sharply reducing their use of fossil fuels, so we can limit global warming to a level that is considered safe – 2°C, or less, above pre-industrial temperatures. The current mitigation pledges under the Paris Agreement fall well short of that goal.

This means “all hands on deck” in terms of policies, including smarter regulations, scaling up green energy investment, and rethinking fiscal policies.

The key problem here is simply that carbon is too cheap.

With an average global carbon price of $2 per ton of CO2, households and firms need more incentive to use less energy and shift to cleaner fuels. Limiting global warming to a safe level requires a significantly higher carbon price – as much as $75 per ton.

Now, there are various strategies that can help the world reach the right price tag. But is there a simple, single strategy that is more likely to succeed?

New IMF research in our forthcoming Fiscal Monitor shows that carbon taxes are the most powerful and efficient tools – but only if they are implemented in a fair and growth-friendly way. The key is to retool the tax system, not just add a new tax.

Here is a good example: when Sweden introduced a carbon tax in 1991, low- and middle-income households received higher transfers and tax cuts to help offset higher energy costs. That policy shift has been instrumental in reducing Sweden’s carbon emissions by 25 percent since 1995, while its economy has grown by over 75 percent.

Today, many countries will want to go further.

Consider the substantial revenues carbon taxes could generate – estimated at around 1-3 percent of GDP. These revenues can finance targeted and upfront assistance to disproportionately affected households, support firms and investments in clean energy infrastructure, and ultimately, finance the SDGs.

This brings me to the economic and social dimensions of the SDGs. That part of the 2030 Agenda was designed to help create a world free of poverty and deprivation, a fairer world – not just for developing countries but for everyone.

The good news is that we can build on progress achieved: over the past three decades, child mortality has fallen by half; and more than a billion people have lifted themselves out of extreme poverty.

These achievements show just how powerful development efforts can be, especially in the context of global integration. But there is so much more to be done. For many countries, this means significantly scaling up spending to meet the SDGs.

In key areas such as health, education, and priority infrastructure, we estimate that low-income developing countries will require additional spending every year, reaching half a trillion US dollars in 2030 – about 15 percent of their combined GDP (in 2030).

So, how do we mobilize financing for the SDGs?

In many countries, there is also room to step up the fight against corruption and create a more welcoming business environment for the private sector to do its part. That would include adopting investment-friendly regulatory and legal frameworks.

Consider Vietnam: revenue mobilization and inclusive reforms helped transform Vietnam from being one of the world’s poorest nations into a middle-income country. And Vietnam is now expected to make good progress towards the SDGs.

The Compact with Africa, initiated by the G20, supports countries that are seeking to achieve similar transformations, and we hope investors will recognize these opportunities.

For our part, the IMF is working with other international organizations to meet growing capacity development demands to support SDG progress. On revenue mobilization, for example, we scaled up our support by almost 50 percent just over the past three years.

And yet, boosting domestic resources is not enough. Even strong efforts are likely to cover just a quarter of estimated SDG needs. If countries are to make it, financial support from international financial institutions and official donors will be critical. Especially for countries facing high debt burdens, this could make a tremendous difference: we estimate that 43 percent of low-income developing countries are either in debt distress, or are at risk of being so.

And think of the sustainable investing sector. Firms are already offering various forms of impact investing, green bonds, and “ESG” fund products. They could go further by launching a broader range of investment products that encourage corporations to align their business models with the SDGs

The bottom line is that mobilizing financing for the SDGs and climate action will require creativity, tenacity, and an unprecedented level of cooperation within and across borders.

Our joint responsibility must be to further strengthen the momentum of this development agenda, even as the world is facing slower global growth and rising uncertainty.

That is why the IMF, the UN, and others will continue to work in partnership, with a renewed commitment to a simple idea: giving everyone a fair chance to thrive.