Mitigating the risk of flood on your home 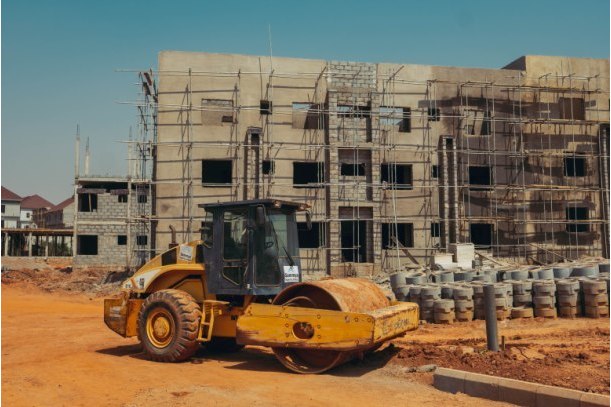 Preventing or mitigating the risk of exposure to flood is part of our sustainability practice in real estate development at Bilaad Realty.

Nigeria – Africa’s largest economy and home to over 200 million people – has continued to face numerous challenges in achieving the Sustainable Development Goals (SDGs). One of the challenges, with serious and wide-ranging impacts including loss of home, livelihood, income, and health, is flooding. Flood also disrupts the education of children in affected areas.

The majority of Nigeria’s 36 states and the Federal Capital Territory (FCT) are increasingly witnessing annual flood events. The scale and impact of this year’s floods are the worst in at least a decade. Yet, it is expected that flooding will increase in occurrence and severity as torrential rainfall becomes more frequent, given its precipitation by climate change. Nevertheless, unlike some other natural disasters, flooding can be controlled with proper planning and provision of necessary infrastructure.

The problem of flood in Nigeria is aggravated by poor urban planning, with inadequate or non-existent environmental infrastructure contributing to, and exacerbating, the challenge. The absence of a national flood risk management strategy or comprehensive flood risk maps, for example, indicates the inadequate attention being paid to flooding in the country.

According to the National Emergency Management Agency (NEMA), 320 Local Government Areas in 35 states and the FCT were affected by flood in 2020. That year, more than 129,000 people were evacuated due to floods, 68 deaths were reported, and many properties and farmlands were destroyed. Data provided by the United Nations for 2021 showed flash floods directly affected more than 100,000 people in Adamawa state alone. Between February and September 2022, about 600 people died, 1,546 injured, and more than 1.3 million displaced due to flooding incidents, according to figures provided by the Federal Government. But it was not until the much more damaging inundation in October that the problem of flooding seized national and global media attention.

While the government takes the lead with policies for flood prevention and control, individuals and organizations need to take safety and precautionary measures. Housing is a major area of precaution. People should be more flood-risk aware when looking for homes to buy. Homebuyers often have a lengthy list of considerations, including number of bathrooms, size of the backyard, sunny kitchen, school district, and proximity to work. But too few housing consumers ask simple, upfront questions about disaster-resistant home features that can prevent costly damage and save lives.

There are many physical risks that homebuyers should consider when trying to buy their homes. Some of these are briefly discussed below.

Flood Prone Areas: Homebuyers should be wary of flood prone areas. The challenge they may face is how to identify the features that depict such areas. However, there are a few tell-tale signs, some of which may be subtle and others quite glaring. Cracks on the ground and building blocks are subtle signs of flood issues in the area. Buildings near riverbanks are clearly exposed to flood risk. Also, real estate developments on foothills along mountain fronts are exposed to very high flow velocities, erosion, and moving debris, which can cause structural damage during floods.

Drainage System: Nigeria’s increasing urbanization has seen a growing proportion of ground surfaces concreted. This prevents percolation of water into the ground. Adequate drains are also not in place to take care of increasing surface water runoff. As it is apparent, as government and most developers pay scant attention to effective drainage system, overwhelming majority of the city dwellers compromise the limited drains by indiscriminate dumping of refuse and direct obstruction.

Usage of plastic bags is a major cause of water clogging in cities during rains. The lack of proper sewage disposal increases the risk of disease outbreaks during flood events. And experts say a “lackadaisical attitude” of civic authorities are among the factors that contribute to cities coming to a standstill after heavy rains.

As home buyers tick off their home features checklists, it is important that efficient drainage systems are also considered as key to having a sustainable lifestyle. For real estate developers, they should realise that an effective drainage system can significantly improve a home’s market value.

Environmental Pollution: For many well-heeled city dwellers, having homes overlooking a serene environment is a paramount requirement as it enhances well-being. But locations near industries – especially unplanned industrial clusters and those that have abandoned their original plans – are prone to environmental pollution. Having one’s home location quite near to an industrial area invokes several negative externalities, such as traffic, noise disturbance, air pollution, congestion, and obstruction. Some of these increase the risk of flooding through land pollution.

Flooding involves a variety of counteracting factors. Certain human and industrial activities – especially emission of greenhouse gases (GHGs) – upset the natural ecosystem, causing warmer temperatures and leading to climate change. This in turn have negative human and economic impacts. Lack of sufficient progress in mitigating the precipitatory activities is causing increasing occurrence and intensity of climate risk events including flooding.

While climate change is causing excessive rainfall, it should be noted that flooding can also happen in areas without any nearby water bodies. Flash floods can occur anywhere there is a brief period of intense rainfall. Therefore, both individual lives and national economies are in danger, across the world’s regions. Indeed, serious flood events have been reported across Africa, Asia, Europe, and North America in the recent past. Climate change is causing frequent extreme weather events, rise in sea levels, and changing weather patterns. It is axiomatic, the saying that “where it can rain, it can flood.”

For homebuyers, the question shouldn’t be, “can my house flood?” Rather, they should be asking, “what is the flood risk?”

Historically, Nigeria has been more focused on post-disaster flood response than control. Preventing or mitigating the risk of exposure to flood is part of our sustainability practice in real estate development at Bilaad Realty. Our model is to meet the needs of the present generations without compromising the ability to meet the needs of future generations. This paraphrases the most widespread and accepted definition of sustainable development, adopted from the UN Report of the World Commission on Environment and Development: Our Common Future.

The risk of flood disaster and broader sustainability risks are robustly addressed in our built communities through strict adherence to guidelines and the mainstreaming of the SDGs in our operations. Properties developed by Bilaad for buyers across income brackets are a sure bet against floods. We install effective drainage systems that allow water to move freely, reducing the likelihood of water ponding and any risk of property flooding. With the installation of a Standard Gauge Damp-Proof Membrane during construction, the problem of moisture leaking into the property from the ground is also prevented, offering long-term protection to the upper surface of the floor.

There are many factors that make a home a safe haven. Lifestyle choices are among them and have a significant impact. It is, therefore, important to adopt lifestyles that are compatible with environmental safety.