Impacts of FMBN on housing delivery in Adamawa State 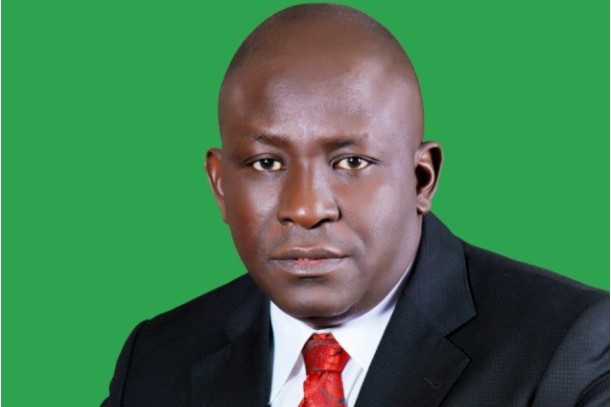 FMBN has contributed to the creation of no less than 8,500 jobs in Adamawa State.

I had the privilege of being the guest speaker during the ground-breaking ceremony for the Bindow Housing Estate, Yola on 19th August, 2015. The ceremony flagged off the programme of His Excellency, Senator Muhammad Bindow Jibrilla, Governor of Adamawa State, for improving housing delivery in the State. I would like to congratulate him and the people of Adamawa State for the good works he has so earnestly begun.

It is a good time for housing in Nigeria. The Federal Government of President Muhammadu Buhari has targeted the delivery of one million housing units per annum, as part of his bold measures to close the supply gap for housing in the country. Based on the empirical evidence that the construction of a three-bedroom unit creates up to 17 jobs, the President’s housing initiative will create 17 million jobs.

Part of the recent major developments in the housing sector was the approval of the National Policy on Housing. The policy makes provision for social housing for low- and no-income earners; emphasizes private sector-led housing delivery; more robust financing; improvement in institutional capacity to deliver housing; and inclusion of local content and adoption of local building materials.

As the foremost institution facilitating affordable housing in the country, the Federal Mortgage Bank of Nigeria is proud that the people of Adamawa State have always embraced the National Housing Fund (NHF) scheme of FMBN. This ensures that we are ever ready to support housing initiatives in the State. As at April 2015, the State contributed a total of N2.97 billion to the NHF scheme, being 2.5% deductions from workers’ monthly income.

The FMBN has in turn invested a total of N2.8 billion in supporting the provision of affordable housing in Adamawa State. This was by way of disbursing N1.62 billion under FMBN’s Estate Development Loans (EDLs) to the State-owned Adasolid Properties Ltd, and to two private developers, for the construction of about 500 housing units which have been successfully completed and sold to NHF contributors in the State. Another EDL of over N800 million for additional 240 units is being finalized.

With the housing units already delivered, we estimate that FMBN has contributed to the creation of no less than 8,500 jobs in Adamawa State.

Asides from Estate Development Loans, Federal Mortgage Bank of Nigeria has also provided affordable mortgage loans of about N1.18 billion to 833 beneficiaries through Adamawa Savings and Loans Ltd. I wish to assure that FMBN will be providing mortgage loans at an affordable interest rate of 6%, repayable over 30 years, for the off-takers of the Bindow Housing Estate, Yola as part of our contribution to the success of the new housing project.

In line with addressing the shelter needs of our most unfortunate fellow citizens that were affected by the insurgency and violence in the North East region, I wish to assure that the FMBN will also be actively involved in the implementation of the Federal Government’s resettlement programme for Internally Displaced Person (IDPs), being anchored by the Federal Ministry of Lands, Housing & Urban Development. I am reliably informed that as part of its contribution, the Adamawa State Government has expeditiously provided unencumbered land for this worthy intervention.

In general, Federal Mortgage Bank of Nigeria is focused on service improvement and operational efficiency. The National Housing Fund scheme has become the cornerstone of the strategic deployment of our corporate resources. For instance, we deployed the NHF e-Collecton Platform for transparency and accountability in the NHF process, while providing the contributors, including those in Adamawa State, access to up-to-date records of contributions online.

Our products portfolio is being boosted to include services to the non-salaried/informal sector which accounts for about 85% of the national working population. We are also focusing on cooperative societies and trade unions. Our latest products are the Nigeria Diaspora Mortgage Scheme which will provide opportunities for Nigerians living abroad to acquire houses in the country after minimum of two years of contribution to the NHF. We have also innovated by developing the Home Renovation Loan which will enable contributors have access to quick loans to improve their housing conditions, at very affordable rates. These products, which will be launched by His Excellency, President Muhammadu Buhari very shortly, will also make impacts in housing delivery in Adamawa State as with every state of the country; but in particular those states that have signed up to the National Housing Fund.

I would like to make some recommendations. No nation can develop structurally and economically without housing being on the front burner. As the efforts at eradicating the threats of insurgency and violence have intensified, Governments at both the Federal and State levels must, as a matter of urgency, commence the rebuilding of lives and property.

In this regard, I would like to commend Governor Bindow Jibrilla, who has shown leadership in addressing this national imperative in earnest. The ground-breaking for the Bindow Housing Estate within his first 100 days is indeed very commendable.

It will be recalled that after the World War II, the conquering U.S. Government embarked on the European Recovery Programme. This programme, popularly known as the Marshall Plan, helped to rebuild European economies that were battered by the war. While the activities of the insurgents in the North East remain deplorable, we are happy that we continue to see various efforts at rebuilding our towns and villages, and more importantly, lives.

Construction is one of the most effective ways of rebuilding lives and the economy. It does not only help in effectively reclaiming lost territory and pride; it revitalizes trading activities; boosts social interaction; and restores a sense of normalcy in daily life. However, much more than these, housing construction will provide our teeming youths the much-needed employment from which they will gain a sense of belonging in the society; and, therefore, shun anti-social and criminal tendencies.

As part of the strategies in providing a suitable environment for housing construction-led boom, I would like to make some assertions. Closer collaboration between the Federal and State Governments is very important in making unencumbered land available for housing development. This will also improve intergovernmental agency partnership in housing delivery. Review of the legal and regulatory framework for housing and mortgage finance, especially the reduction of time and cost of transfer and titling of property, is very germane.

Increased workers' enlightenment on the benefits of the National Housing Fund (NHF) scheme and interaction with Federal Mortgage Bank of Nigeria is also very important. As mentioned earlier, FMBN is embarking on a Home Renovation Loan Scheme that will be of immense benefit to workers. However, the prospective beneficiaries are contributors to the NHF Scheme.

Finally, there is need for improvement in stakeholder collaboration in housing delivery. While FMBN will continue to reach out to every potential and existing contributor, it requires the support of state governments and labour groups for us to fulfil our mandate under the Scheme.

I wish to reiterate the determination of the Federal Mortgage Bank of Nigeria to sustain its drive for affordable mass housing delivery for low and medium income earners. Although the Bank is facing funding challenges due to reliance on only NHF contributions at present, we will continue to improve our work processes and service delivery to satisfy the yearnings of NHF contributors within the limits of our resources.

On behalf of Federal Mortgage Bank of Nigeria, I would like to congratulate Governor Bindow Jibrilla once again, and assure him and the other state governors of our enduring support in housing delivery as a key strategy of moving the nation forward.