How to make foreign investment work for Nigeria 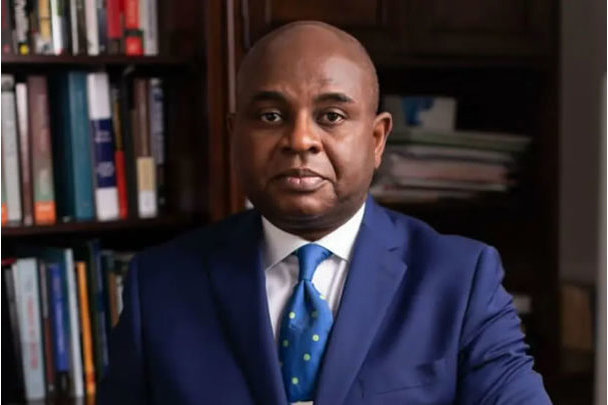 It is the responsibility of the FDI destination country to ensure that investment flows serve its strategic national interest.

We all know that Nigeria is Africa’s largest economy, and with a population of 200 million people, one with huge potential for growth. It is, therefore, a country of significant potential for Foreign Direct Investment (FDI) and foreign investors. But, for several reasons including a weak macroeconomic environment, policy inconsistency and the absence of a well-defined strategy for FDI as a component of economic growth strategy, FDI into Nigeria has declined markedly in the past several years.

My purpose here is to ask some fundamental questions about FDI, and hopefully provide some answers, that can guide both Nigerian policymaking, on the   one hand, and foreign investors, on the other. But I must admit that, while the purpose of making profits for investors is well understood and understandable, my perspective in this keynote address is mostly that of my country, Nigeria. I believe, actually, that making FDI work for Nigeria can be a big win-win for both Nigeria and foreign investors.

Does FDI Cause Growth and Development?

There are many different shades of understanding of the phrase “economic development”, but to me it means the continuous improvement of the prosperity and quality of life of the citizens of a nation, region, or local community. My focus here is on human development – access to clean drinkable water, quality healthcare and education, nutrition, skills and jobs, improvements in the average longevity of a population and so on. Economic growth is measured through the Gross Domestic Product (GDP) – the sum total of goods and services produced by a country in a given year. Economic transformation speaks to the structure of an economy, a shift from subsistence agriculture or a reliance on crude natural resources to complex, value added manufacturing and export.

It is important to bear these distinctions in mind as we look at how useful to Nigeria FDI has been (or has not) and can be. We must also bear in mind that despite being the largest economy in Africa, Nigeria’s poverty profile remains grim, highlighting the importance of the distinction between human development and economic growth. Our country’s poverty rate was 40% in 2020, according to the National Bureau of Statistics, and projected to rise to 45% in 2022. More than 90 million people, nearly half of the population, live in extreme poverty. The literacy rate is 62% (low compared to several African countries), life expectancy is under 60, and the unemployment rate is 33%. It is against this background that we should situate the potential role of FDI in Nigeria.

The conventional wisdom is that FDI is essential for development. It certainly plays an important role, but only if certain conditions exist or are met. Traditionally, the interest of foreign capital in a destination country is not the country’s development. It is, as noted earlier, to make a profit, and extract raw materials and other advantages, including cheap labour, where they exist. It is the responsibility of the FDI destination country to ensure that investment flows serve its strategic national interest.

In the case of countries such as China and Singapore, FDI facilitated economic transformation. But these countries did not blithely assume that FDI in and of itself would work a miracle for them. They approached foreign investment with a strategic mindset, keeping a firm grip on the evolution of their national economies and calibrating their FDI reception strategies to shifts in their domestic conditions such as cheapness of labour and the availability of skilled labour.

But there also is significant evidence that FDI does not automatically trigger productivity. It can complement, but not substitute local factors that are essential for development. Studies, including one by the United Nations Industrial Development Organization (UNIDO) in East Asia, have shown that only very few countries have demonstrated any real evidence that FDI caused productivity growth.

Second is the “endogeneity factor”, which argues that well performing economies based on endogenous growth and transformation models, rather than from the standpoint of globalization — of which FDI is a major plank – attract more FDI. Growth thus drives FDI, not vice-versa.

Third, the assumed benefit of technology transfer from FDI only happens when the investment is made in economies which themselves are actively engaged in research and development (R&D).

Foreign investment can help lift a country from poverty if it is targeted at the real economy, for instance electricity, manufacturing, service industries, and export-oriented industries, and uses local suppliers, as opposed to a lopsided focus on extraction industries.

The most important requirements for FDI to successfully contribute to real development in a country like Nigeria are the two key “location factors” – the presence of a well-educated workforce, and infrastructure. It is this question of the absorptive capacity of an economy, which is determined by how well educated and skilled a workforce is to take advantage of the possible technology and employment generated by FDI, that determines whether or not FDI contributes to real economic growth. Of course, such growth must be inclusive growth — broad based across sectors and with increased productivity of the labour force, if it is to be meaningful.

From this perspective, we (Nigeria) need to return to the drawing board. Instead of an indiscriminating belief in the transformative power of FDI – akin to how the philosophy of foreign aid held sway in its heyday – and thus possibly putting the cart before the horse, Nigeria should focus on the kinds of foreign investment that help it solve the twin challenges of human capital and electricity infrastructure as a sustainable base for other kinds of FDI.

First, have a strategy: the priority sectors for the governments at federal and state levels need to be clear. The quality of investment, the quality of the government structure that handles FDI and formulates investment policy, and measurable, long-term objectives regarding FDI and performance management regarding the contribution of FDI to economic development, are essential. These should be woven into a single thread that becomes the basis for execution, communication and engagement with potential investors.

Second, develop factor endowment: with skilled human capital as a priority need, strategies for FDI must focus on this frequently neglected objective. The presence or absence of productive knowledge in a society is the most important foundation for economic transformation, which remains necessary for a country such as ours with an economy still in need of diversification.

Third, align FDI with a transformational paradigm shift, for example away from extractive industries or towards value-added derivatives of such industries.

Sixth, partial Risk Guarantees offered by the World Bank’s International Development Association (IDA), the arm of the Bank that lends to low income and lower middle income developing countries, cover an even more extensive range of situations than MIGA products. They can support participants in private projects such as Build-Operate-Transfer (BOT) and concession projects, public private partnerships (PPP), and privatizations.

Seventh, improve the quality of governance and institutions: assessments of governance and institutional capacity to create a sustainable investment environment play an important role in attracting quality investment. The Nigerian Investment Promotion Commission has done a good job in recent years despite a difficult macroeconomic environment, including in terms of revenues it has generated for the federal government from foreign investments into Nigeria. I know from personal experience that, despite the early stages of the security challenges from terrorism, the Central Bank of Nigeria’s far-reaching reforms in the banking and financial sector which stabilized the sector after the global financial crisis of 2008, contributed to marked increases in FDI into Nigeria from 2009-2014. These reforms led to improved ratings of Nigerian by agencies such as Standard and Poor’s, Fitch, as well as the inclusion of Nigeria in the JP Morgan Africa Emerging Market Bond Index alongside South Africa, which was previously the only sub-Saharan African country on the index.

Global capital seeks expansion in order to grow. Providing investors the opportunity to pursue that fundamental interest must be based on the condition that it advances another - the national interest of the FDI host country. FDI must serve the cause of national economic growth, development and structural transformation rather than a one-side creation of wealth in favour of investors. FDI frameworks and agreements must be a win-win scenario that creates jobs, avoids servicing the rent-seeking interests of political elites, and promotes sustainability by protecting the natural environment.

Several industrialized countries and economic powers increasingly take a national interest approach to FDI. Australia and China, for example, subject FDI proposals to formal “national interest” tests. Definitions of national interest vary according to the circumstances of individual countries. While Nigeria should welcome investments in electricity and telecommunications infrastructure, in China, foreigners may not invest in these areas as well as in rare earth minerals under Chinese foreign investment regulations. Foreign investors are not allowed to invest in land in Australia.

Nigeria should now require, as a matter of strategic national interest, that any investment in natural resources and solid mineral include a beneficiary on plan to add value to them before export, as opposed to extraction and exports of crude oil and other natural resources. We should also restrict foreign investments in land that are primarily for the purposes of food security of foreign countries under the guise of “agricultural investments”.

Here the situation in Northern Nigeria comes to mind. This region of Nigeria has been economically depressed by increasingly dire security challenges for the past decade, and has higher poverty rates than the rest of the country. Restoring security in Northern Nigeria and the rest of the country is a prerequisite for productive investment in the region. Illegal mining of gold by “foreign investors” is reportedly taking place in Zamfara State in the Northwest and Osun State in the Southwest region. These kinds of activities cannot take place in any well governed country.

I believe, and make it as a policy recommendation, that going forward, federal and state governments in Nigeria should develop an investment regime in which investments in natural resources such as solid minerals which are prevalent in the northern part of the country or, anywhere else in Nigeria, must have a value addition industrial plan, along with skills training for unemployed youth in the area of the investment, as a component of the investment package. This will help end the exploitation of our country’s natural resources with negative consequences (the “resource curse”) and protect Nigeria’s strategic national interest of economic diversification and transformation.

In conclusion, Nigeria must now review its entire approach to foreign investment against the background of all the foregoing. Foreign investment can drive economic growth, but we must first firmly establish the foundations to make that outcome a reality. Until then, it might be that we are punching below our weight on this sensitive subject.