Healthy media landscape is essential for Africa to thrive 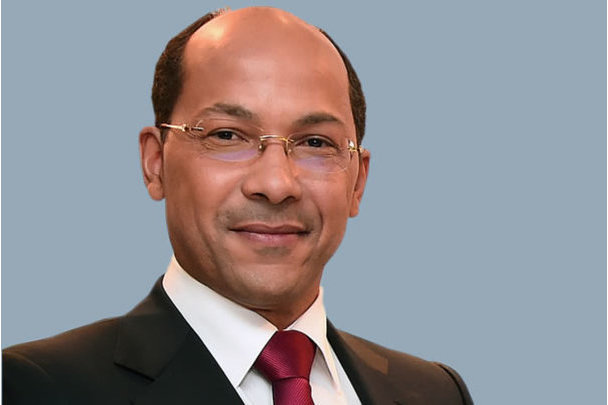 APO Group Chairman Nicolas Pompigne-Mognard emphasises the need to let the rest of the world know the positive things happening in Africa.

In this interview with Financial Nigeria, Nicolas Pompigne-Mognard, Founder and Chairman, APO Group, emphasises the need to let the rest of the world know the positive things happening in Africa.

Financial Nigeria (FN): Congratulations on the recent partnership of the APO with Getty Images. What were the propositions of mutual benefits for both organisations?

Nicolas Pompigne-Mognard (NPM): Our partnership is about showing the world the real Africa. Getty Images is truly a global leader when it comes to news imagery. With more than a million journalists subscribing to their feed, they are massively influential.

Our plan at APO Group has always been to share positive stories about Africa as widely as possible – so Getty Images is a natural partner for us. Now, any Pan African press release distributed by APO Group and accompanied by a quality editorial image will be accessible to Getty Images’ subscribers all around the world. For us, it is a powerful addition to our international network that our clients can enjoy at no extra cost.

For Getty Images, it is a chance to carry rich, vibrant images of Africa that have never before reached global audiences. Every day, we distribute stories and images from African organizations and multinational companies who are operating in Africa, and world class sporting events that have never been seen outside of Africa. By sharing these stories so widely, everybody benefits.

FN: Let’s discuss further the APO’s keen interest in telling positive African stories. What role do you think Getty Images can play in fostering this objective of APO?

NPM: They can play a huge role. Their international network is so massive. Almost all the major news organizations in the world subscribe to Getty Images. That’s tens of thousands of media outlets. More than a million journalists. And we are now able to deliver African stories to all these new audiences all over the world. That’s an unbelievable opportunity to change the narrative about Africa, and shift perceptions away from negative African stereotypes like poverty and corruption. In tandem, APO Group and Getty Images have a chance to show the world the ‘real’ Africa. We have undertaken many initiatives over the last few years, and the main aim has always been to deliver positive stories about Africa to people all over the world. This partnership with Getty Images might be the most significant of them all.

FN: The media has continued to evolve and adapt to digitalization. As a leading news content distributor in Africa, how do you think African media organisations are doing in this era of digital disruption?

NPM: I remain optimistic that the African media can keep pace with the digital revolution, but there is still much work to do. Obviously the COVID-19 situation did not help, as it has created uncertainty and destroyed budgets. Innovation is much harder when money is tight. But the biggest issue for local African media is not the technical knowhow or the willingness to adapt. It is the competition from international media companies who are establishing operations in Africa. These organizations have the money and the resources to help them win the race to digitalization. It is not a fair fight. The local media cannot compete, and they need much better support if they are going to survive. For Africa, the media landscape is so important. We need a plurality where every news outlet has a chance, and strong, independent journalism can be allowed to grow. That’s how you get a diversity of voices and generate more choice and better quality news output for the public.

FN: Africa escaped the worst expectation of a devastating healthcare impact of COVID-19, while the continent is badly affected by the economic impact of the pandemic. What has been the impact on APO Group – and your clients?

NPM: Like everyone else, at the start of the pandemic, we were concerned – but after a few months, we realized we were not losing any clients. Even companies that have been hit the hardest – in industries such as travel and hospitality – maintained their contracts with APO Group. After all, companies will always have to communicate. But what has been interesting, is the shift in emphasis over the last few years, even before the pandemic. Companies are spending less money on advertising, and more on PR. I think this shows the power of traditional media as a gateway to public and consumer audiences. And we are the bridge between business and media. We take the stories from the multinational companies and distribute them across Africa and beyond. Our press release volumes grew by 30% in 2020. That just shows the value of a credible distribution channel like APO Group, especially in times of uncertainty.

FN: The major economic prospect of Africa is now anchored on the continental free trade. What is the role of the African media in ensuring that this initiative succeeds?

NPM: For continental free trade to be truly effective there needs to be some joined-up thinking across all 54 countries in Africa. They can’t all operate independently and expect success. In that sense, it’s not governments that have the most important role to play, it is people. Companies, institutions, entrepreneurs - they can bridge the gaps between countries and create a movement that represents the whole continent.

That is why this idea of the ‘African narrative’ is so important. Right now, the rest of the world sees Africa as a poor relation on the world stage. If we are to ‘level up’, the media have to mobilize and get our stories out there. Even the most powerful government or multinational organization is nothing if it doesn’t have a voice to carry its message. So, a healthy media landscape is essential. For the continent to thrive, people need to look at the bigger picture. It’s not about local, or even national. It’s about the whole Pan-African eco-system coming together as one.

FN: APO has continued to build a strong African brand in the global socioeconomic arena. What should be expected next from the company?

NPM: We will continue doing what we are doing!

We will continue to do our best to change the narrative in Africa away from negativity. We will continue to offer free content to media all across Africa. We will continue to provide journalists with free access to senior figures at multinational companies. We will continue to back initiatives that use sport to promote development. The work we are doing with Rugby Africa and Olympique de Marseille is evidence of how powerful sport can be in uniting people and breaking the cycle of poverty, violence and inequality.

And you only have to look at the stories being told by our clients every day to see how impactful this type of content can be in showing Africa in a more positive light. In the last two weeks alone, we have seen: Coca-Cola opening a new Digital Delivery Centre in Johannesburg; Ecobank Group launching a digital banking service via Whatsapp in Togo; Canon training students in Lagos, Nigeria; Radisson Hotel announcing seven new hotels in Morocco. The list goes on.

Press release content is almost always positive. More than that, it shows the world what is really going on in Africa. Huge multinational companies, investing more and more in our continent every day. It is our job to ensure as many people get to hear about it as possible. Only then will the narrative start to change.