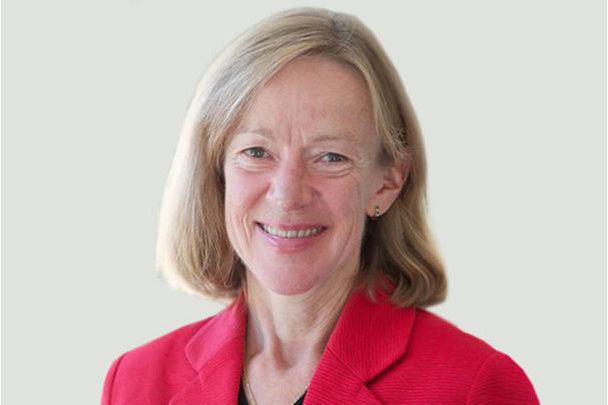 If we want to have a sustainable world, we have to address the problem food loss and waste.

In this interview, Liz Goodwin, Senior Fellow and Director, Food Loss and Waste, World Resources Institute (WRI), discusses the impact of food loss and waste (FLW) on food security. She spoke to Jide Akintunde, Managing Editor, Financial Nigeria magazine, ahead of the United Nations 2021 Food Systems Summit in September and the Pre-Summit meetings at the end of July.

Jide Akintunde (JA): At a global level, what impact is food loss and waste having on food security?

Liz Goodwin (LG): The estimate is that about a third of food that is produced is either lost or wasted between production and when it gets to the table. At the same time, one in 10 people go hungry every day. We have hundreds of millions of people going hungry every day, having not enough healthy and nutritious food to eat. So, food loss and waste does have an impact on food security.

Food loss and waste costs the global economy about one trillion dollars every year. It is awful, especially when some of that financial cost affects smallholder farmers who are often struggling to make a living out of their farms. Some of the affected farmers are women, which makes it difficult for them to feed their families.

Food loss and waste have financial, environmental and social impacts.

JA: As you affirm, FLW occurs from farm to table. The policy to curb it also appears absent in many countries. This suggests that only a comprehensive solution framework would be able to successfully address the issue. What would you recommend as essential in drastically reducing food loss and waste?

LG: I am part of a coalition called Champions 12.3. We are trying to ensure that the world achieves the Sustainable Development Goal (SDG) Target 12.3, which seeks to halve global food waste at retail and consumer levels, as well as to reduce food loss during production and supply by 2030. What we advocate as a strategy is the “Target-Measure-Act” approach. It entails setting your targets, goals or ambitions. You then measure, which is an absolute fundamental. Once you start measuring and you have transparency of information up and down the supply chain, you would know where the hotspots are, where the issues are, and where the big sources of loss and waste are. This then leads to action.

We need more countries to adopt this approach. Once they set the targets and start measuring, they would take appropriate policy measures based on the knowledge of their hotspots and where they have problems in the supply chain.

JA: Africa is a net-importer of food. It would appear that the continent is not producing enough food, making food loss and waste arguably a lesser challenge in Africa. Is this a mistaken view of the situation?

LG: I think it is a bit simplistic to come to that conclusion. Many supply chains, including food, have become global. It is quite dangerous to say we don’t produce enough food and, therefore, that’s the issue. In the UK, half of the food is imported. I think that there are many complex arguments around food loss and waste.

The United Nations Environment Programme (UNEP) released the Food Waste Index Report 2021 in March. The report showed, for the first time, that food waste is a global problem; it impacts low- and middle-income countries just as it also affects the developed countries. Historically, people have thought that food waste was a developed world’s problem, and that in developing countries the problem is about loss. That’s just not the case.

There is this other notion that Africa produces a lot of food which is exported to provide income. The countries are producing export cash crops at the expense of producing the food that would be consumed locally. This is why you are quite right in your earlier view that food loss and waste is a systemic problem that requires systemic solutions.

JA: For your emphasis, what is the effect that food loss and waste is having on the climate?

LG: As earlier stated, food loss and waste accounts for 8 - 10 per cent of greenhouse gas emissions. It is a big contributor to global emissions. FLW is not just about the food that is thrown away and that would end up at the landfill. We also have to account for the resources used in producing the food, which include water, land, energy, labour and capital.

Take meat, for instance. We have to think about the land that the cow was grazed on, the drugs or antibiotics that it may have been treated with, and then the slaughtering process, transportation and retailing. If you then throw away a piece of meat, you would have thrown away all the resources used in all the production and distribution processes, and the associated emissions would have been for nothing.

The world’s population is growing, and the people have to eat. We would never achieve the Paris Agreement and net-zero unless we tackle food loss and waste. So, if we want to have a sustainable world, we have to address the problem.

JA: Are you optimistic that the world would overcome the challenge of food loss and waste by 2030?

LG: I am basically an optimistic person. I think we will make some great strides. Some areas would be better than others. I am quite encouraged by the work we have done in recent times, resulting in the way in which businesses are waking up to the issue.

There is a strong financial case for businesses to address food loss and waste, not only in their operations but also in the supply chain. We did some work with some different types of businesses in the food sector, which help them generate about 14 per cent return on investment on the average. Some of the investments required zero or low financial cost. There is a clear financial case for businesses to do something about FWL. I am glad that there is increased evidence of businesses taking the target-measure-act approach in tackling food loss and waste, leading to many of them reporting quite significant reductions in food waste.

Overall, I think we are going to make some progress. The 2021 UN Food Systems Summit that is coming up in September, with the Pre-Summit at the end of July, is a fantastic opportunity to gain traction. I see the food loss and waste aspect of the whole food system agenda as where we have a lot of knowledge and understanding and agreement about what needs to happen. So, if we can use the summit to profile that and get more countries engaged and more countries prioritising it, then we have a massive opportunity to make a difference. It is one of the reasons that I have spent so much time on the food system summit because I see it as a once-in-a-life-time opportunity.