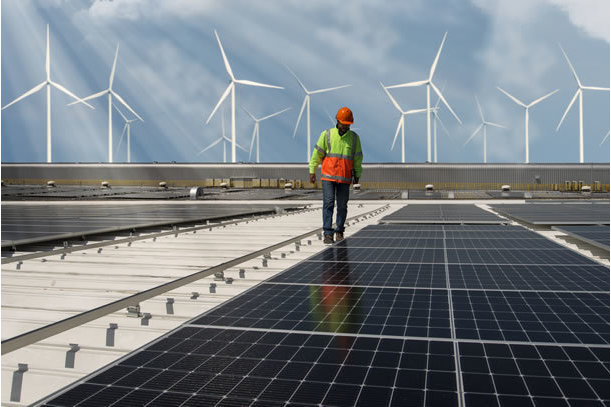 Like Access Bank is doing, other organisations need to intensify their ESG efforts, including facilitating access to cleaner, affordable, and reliable energy in Nigeria and across Africa.

The reliance on fossil fuels by the world’s economies to power homes, large industrial and manufacturing activities, and produce electricity is majorly responsible for unsustainable rise in average global temperatures. Therefore, limiting global warming has become a top global agenda. But the demand for energy is ever rising, as nations strive to deliver on the rights of the people to basic amenities, including energy. As of 2016, reports indicated that the number of people with access to electricity had significantly increased, from 71 percent of the world's total population a few decades ago, to 87 percent.

The push towards the electrification of various rural and urban communities have received tremendous support from various quarters and through multiple sources of electricity – be it fossil fuels, geothermal, solar, hydro, and nuclear power. However, there are ongoing efforts by governments and international organisations to end dependency on fossil fuels in the foreseeable future. Access to alternative, sustainable and clean energy – especially renewable energy – is being promoted.

The SDGs replaced the Millennium Development Goals (MDGs) which had been poorly implemented and because global development challenges and targets needed better framing. Through several targets and indicators spelt out by the UN, the world is now pursuing universal access to affordable, sustainable, clean, and modern energy. Like the other SDGs, the target year for achieving this is 2030. Enhancing international cooperation to facilitate access to clean energy research and technology and improving financing of the energy sector in developing countries are essential to achieving the goal.

Progress on this in the SSA region has been slow and fraught with many challenges. For instance, in Nigeria – one of the biggest exporters of crude oil in the world – shifting the country's economic and social dependence on fossil fuels has been an uphill task. The government has relied on revenues from export of crude oil for decades to fund the annual budget, despite its policy of diversifying the economy and its revenue base. While little progress has been made in developing the significantly diversified economy, the oil sector has somewhat been in a decline. According to the Q2 2022 data by the National Bureau of Statistics (NBS), the contribution of the oil sector to the GDP was 6.33 percent. The figure shows a decline from 7.42 percent a year earlier and from 6.63 percent in Q1 2022. Nevertheless, revenue from oil still accounted for 90 percent of export proceeds for the country in Q1 2022.

Decoupling the economy from fossil fuels to one that is powered by clean and renewable energy is not the responsibility of the federal government alone. Beyond the supportive – or possibly any leading – efforts by subnational governments, private sector institutions and social sector actors need to get involved in decarbonising the energy sector and the broader economy. This is why Access Bank has continued to champion the achievement of the SDG 7 (and other SDGs) through sustainable finance in various sectors of the economy.

Access Bank seeks to finance the development, construction, and installation of energy facilities that provide energy from wind, solar, and hydropower. The bank is also committed to providing sustainable finance that aids in the development, manufacturing and installation of energy efficiency technologies and products, such as energy-efficient appliances, smart meters, intelligent lighting, as well as financing green hydrogen energy projects.

After supporting the launch of the Nigerian Green Bond Development Market Programme in 2018, Access Bank has made great strides in developing the country’s renewable energy market and contributing to wider environmental sustainability. In 2019, the bank issued its N15 billion green bond – the first African bank to issue a certified corporate climate bond. This certification is provided by the Climate Bonds Initiative (CBI) for assets and projects that meet the requirements of the Climate Bonds Standard. From the proceeds of the green bond, over N14.5 billion has been allocated to two eligible green assets: a flood defence system for the Victoria Island axis of Lagos and a solar project. The impact of these projects is estimated to include greenhouse gas (GHG) emission reductions of 17,037.50tCO2eq/y; installed renewable energy capacity of 21.46 MW; renewable energy generation of 35,718.02 MWh/y; 900 hectares protected from flooding; and 400,000 residents protected against flooding.

Access Bank has committed itself to the revamping of the energy sector through sustainable finance. It strives to facilitate climate-friendly investments across various sectors of the African economy. Meanwhile, its green bond issuance and allocation of the proceeds have continued to serve as an example for other corporate bodies to emulate. Like Access Bank is doing, other organisations need to intensify their ESG efforts, including facilitating access to cleaner, affordable, and reliable energy in Nigeria and across Africa.