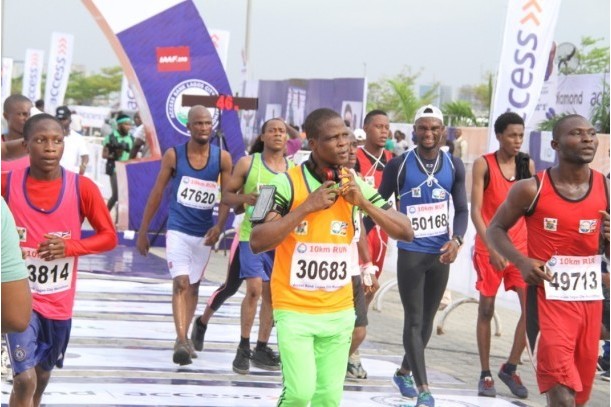 NTDs are a group of parasitic and bacterial infectious diseases affecting more than 1.7 billion of the world's population.

The END Fund, a private philanthropic initiative solely dedicated to ending the five most common neglected tropical diseases (NTDs), announced today that it has partnered with Access Bank on the Lagos City Marathon to raise awareness NTDs.

NTDs are a group of parasitic and bacterial infectious diseases affecting more than 1.7 billion of the world's population, with about 40 per cent of this burden concentrated in Africa. In Nigeria, 131 million people -- about two-thirds of the population -- are in need of treatment for at least one NTD.

According to a statement by END, this partnership is a step towards fostering dialogue about NTDs, and gathering relevant stakeholder support towards ending these diseases.

END said in the statement that the Access Bank Lagos City Marathon is organized according to the standard of the International Association of Athletics Federations (IAAF), the world governing body for professional-level athletics. Through this partnership, the END Fund has been present at the pre-marathon expo, educating and raising awareness about NTDs. The END Fund will also be participating in the 2020 marathon, slated for the 8th of February.

"NTDs disproportionately affect women and children. These diseases not only deny millions of women the opportunity that they need to escape poverty but also keep children out of school," said Oyetola Oduyemi, Africa Regional Adviser of the END Fund. "This is one of the reasons why the END Fund is committed to doing all that we can. The support from Access Bank gives us an incredible opportunity to use our advocacy efforts to reach a mass audience and also moves us towards our goal of beating NTDs."

Along with registrants of the marathon who attended the expo, Oyetola has also pledged to run on Saturday to drive consciousness about NTDs, and support ongoing efforts.

In a statement, the Head of Sustainability at Access Bank, Omobolanle Victor-Laniyan said, "Access Bank is pleased to partner with the END Fund in the Lagos City Marathon 2020, by providing a platform that is more than just a race, but is also an avenue to tackle some critical societal challenges, including neglected tropical diseases."

As part of its efforts to end NTDs, the END Fund has also partnered with Super Eagles defender, William Troost-Ekong to launch a radio and tv public service announcement (PSA). Available in Yoruba, Hausa, Igbo, Pidgin, and English, the PSA draws attention to the effect that these diseases have on society, and urges Nigerians to seek treatment.

In collaboration with the Nigerian Federal Ministry of Health, Youth Empowerment and Development Initiative (YEDI), streetfootballworld, and Common Goal, the END Fund recently co-developed an education and awareness-raising campaign in Lagos that demonstrated how sport can provide an effective platform in the prevention and control of NTDs.

The Access Bank Lagos City Marathon is a one-day annual marathon event, which first held in 2015. The event is backed by the Lagos State Government. With Access Bank as the Headline Sponsor, other sponsors this year include Sketchers, 7Up, Bet9Ja, Eko Atlantic, who have been supportive in the past years, as well as more recent partners like Kia Motors, and Revolution Plus.