Closing the gap in climate finance in Sub Saharan Africa 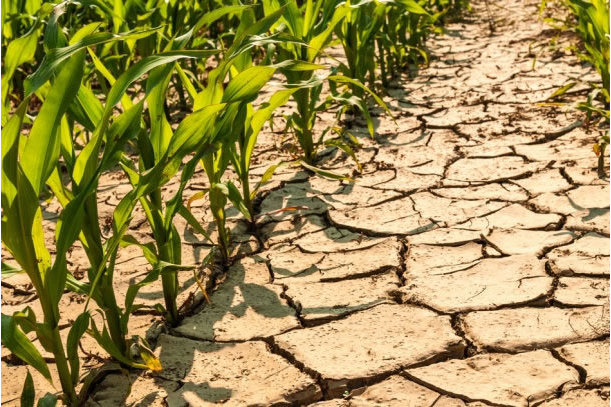 The obstacles to even distribution of resources according to need must be addressed to avoid increasing crystallization of climate risk in the poorest countries already in the eye of the storm.

Africa faces some of the most severe impacts of climate change although the continent accounts for an infinitesimal proportion of the industrial activities that scientists say contribute to global warming and extreme climatic events. The mismatch of cause and effect of climate change in Africa explains why the developed industrial countries often agree to contribute to financing for climate change mitigation and adaptation programmes on the continent. On its own, and based on current realities, Africa cannot provide all the needed resources.

But, unfortunately, only a tiny fraction of global climate finance has reached Sub Saharan Africa – the world’s least developed region. Even worse, the poorest nations in the region have been the least recipients of the climate intervention funding. These trends need to change.

A number of financiers and aid agencies have remained committed to the goal of climate change mitigation and adaptation. They have pledged funds to support countries’ resilience systems as well as low-carbon development. The Clean Technology Fund (CTF), administered by the World Bank, and the Least Developed Countries Fund (LDCF), operated by the Global Environment Facility (GEF), are the largest funders of climate change projects in Africa. A total of $2.67 billion has been approved for more than 400 projects and programmes on the continent since 2003, according to Climate Funds Update (CFU), an independent website that provides information on the growing number of international climate finance initiatives designed to help developing countries address the challenges of climate change.

Central Asia and the non-European Union countries of Europe received the lion share of the funding at 20%, followed by South Asia, which received 19%. Caribbean and Latin America got 15%, the Pacific and East Asia 14%, the EU 13%, and North Africa and the Middle East 9%. Multi-regional deals made up the remaining 2% of the total funding.

The major obstacle to climate investment in the SSA region has been the transaction costs of the micro-scale projects that are needed in the least-developed areas, as well as the problem of designing and carrying out such projects in effective ways – financial viability and replicable ability. Also, the need to distribute climate finance evenly and uniformly has become a great obstacle in the region.

The Bank has set ambitious goals for stakeholders in the industry to help ensure that Africa experiences an exponential growth in clean energy access as well as benefit from an extensive increase in climate-friendly energy use and green development. This will assist the region in supporting innovative projects in solar, wind, geothermal, and water, as noted by Alex Rugamba, Chair of AfDB’s Climate Change Coordination Committee (CCCC).

Furthermore, the AfDB provided $305 million of her own resources and $91 million of external resources in 2015 to support adaptation commitments to intensify the resilience of Sub Saharan Africa against climate change especially in forestry, agriculture and land use sectors. Water and waste water systems received 27% of the adaptation fund. Energy, transportation and related infrastructure got 24%, and crop and food production 18%. Renewable energy received the bulk of mitigation finance at 30%, lower carbon transport at 26%, and energy efficiency commitments at 14%.

Looking into the future, the MDBs will increase climate finance activities in many sectors, especially in renewable energy and energy efficiency; low carbon and climate resilient cities, regions, and industries; low carbon transportation; natural resource efficiency; climate-friendly agriculture; and food security. These will support implementation of the Paris Agreement.

As countries of Sub Saharan Africa work to put their development goals right and implement their Nationally Determined Contributions (NDCs) under the Paris Agreement, mobilization of climate finance for the region must gain more momentum. The obstacles to even distribution of resources according to need must be addressed to avoid increasing crystallization of climate risk in the poorest countries already in the eye of the storm.