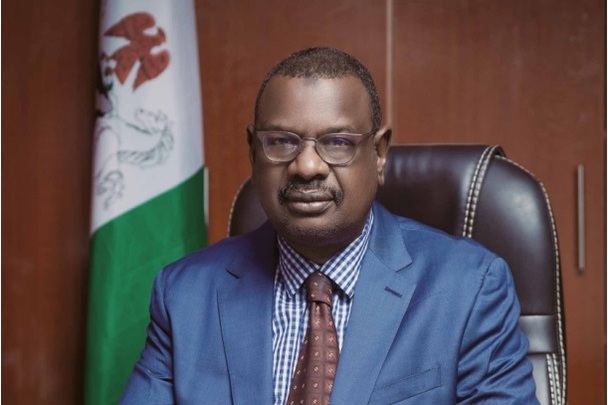 The goal of TCN’s stakeholder engagement is to minimize the impact of wide-ranging challenges to its operations, and, in effect, improve electricity supply nationwide.

In his end-of-year message, last December, to the staff of Transmission Company of Nigeria (TCN), the Acting Managing Director and Chief Executive, S. A. Abdulaziz, presented his appraisal of the performance of the company in 2021. His letter opened with the acknowledgement that last year was quite challenging in many ways. For the country, insecurity remained a major concern, and upheavals in the Nigerian Electricity Supply Industry (NESI) made several comebacks. In what was nevertheless a year of opportunities and some accomplishments, a new peak in power generation was recorded in 2021.

As the year drew to a close, two events grabbed media attention. The first was the industrial action by the staff of Abuja Electricity Distribution Company (AEDC), which plunged the nation’s seat of government into darkness for hours in December. The second event was the takeover of the management of the same power distribution company (Disco) by UBA Plc, over the inability of KANN Utility Company Limited to service the loan it obtained from the lender to acquire a majority stake in AEDC in 2013.

The Abuja Disco may be a metaphor for an industry that is still trying to find its feet after the unbundling of the state monopoly in the power sector and the privatisation of state-owned generation and distribution assets in the sector in 2013. However, Dr. Abdulaziz reported a very positive year during which TCN completed several abandoned projects and engaged in maintenance, upgrade and repair/restoration of vandalized transmission lines and facilities nationwide.

Among many other accomplishments, he highlighted TCN’s installation of new transformers and substations, re-calibration and reconfiguration of transmission lines, transformer protection schemes, astute management of the grid even without adequate SCADA/EMS applications. SCADA, the acronym for Supervisory Control and Data Acquisition, is a system for retrieval of data and alarms from remote sites and is believed to be at the “heart” of the EMS, which stands for Energy Management System, and which enables control of devices or machines at remote sites.

“We take pride in the fact that these effectively reduced the frequency of system disturbance and collapse, resulting in an all-time national peak generation of 5,801.60MW, which was successfully transmitted on 01 March 2021,” said Dr. Abdulaziz.

The other milestone achievements reported in the CEO’s speech included the creation of Kano Region. This brought to 10 the total number of TCN’s regional operations centres in the country. To further enhance operational efficiency, the transmission company is building over 32 office complexes nationwide, including Regional, Sub-regional Offices and Work Centres. While they are at various stages of completion, the new Port Harcourt Regional Office in Rivers State was completed and commissioned during the year.

The absence of an adequate and reliable SCADA/EMS systems is, indeed, a challenge to both TCN as an organisation and the electricity supply industry. However, the company took steps to ameliorate the impact of the lack by developing in-house, network automation system as a stop-gap measure before the acquisition of adequate and reliable SCADA/EMS and telecoms facilities. This is believed to be a major achievement maintained during the year under review. In addition, the CEO said TCN also provided needed work tools and safety equipment, spare parts, test equipment, among others, to its staff and management to ensure a more conducive working environment and to foster efficiency.

In 2021, TCN held its first management retreat of the year to re-strategize. The retreat dwelt on strategies to further increase operational efficiency, rebranding of the company, and others. As a follow-up to the event, and in line with ongoing efforts to sustain capacity-building, Dr. Abdulaziz noted that TCN embarked on training and retraining of all cadres of its staff. According to him, the most significant learning mechanism was delivered through the collaboration between TCN and the World Bank, which saw 708 engineers of the company trained.

Last year, labour relations and compensation were two of the challenges that many industries faced around the world as they tried to recover from the disruptive impact of the COVID-19 pandemic on supply chains. These issues were given the attention they deserved by TCN. “We sensitized all staff on the reviewed 2020 Conditions of Service and Career Progression Paths. 2021 promotion exercise was also conducted even as we recorded unprecedented improvement in industrial harmony with the two in-house labour unions, thereby maintaining healthy relations throughout the year,” said the CEO.

In his address, Dr. Abdulaziz praised the commitment of the new Minister of Power, Abubakar D. Aliyu, FNSE, which he said enabled TCN to play its active role in fostering positive collaboration among power sector stakeholders working towards the common goal of providing steady electricity supply to Nigerians.

TCN’s stakeholder collaboration also has international dimensions. The company has continued to hold its leadership position in the West Africa Power Pool (WAPP) as the Chairman of WAPP Executive Board. In this regard, TCN has been playing a central role in the progress being made with the implementation of transmission interconnection projects for the sub-region.

The company is also addressing the challenges of Nigeria’s electricity grid, which include encroachment of right of way, way leave issues, funding, impact of natural disasters, vandalization of infrastructure and facilities as well as insecurity. It has deployed a robust stakeholder engagement in managing many of the challenges. The company’s key stakeholders include political authorities at the federal and subnational levels, communities, security agencies, to mention a few. The goal of the stakeholder engagement is to minimize the impact of the wide-ranging challenges to TCN’s operations, and, in effect, improve electricity supply nationwide. The CEO happily noted that the strategy is gradually producing positive results.

The rousing address to the staff harped on team spirit in pursuing the vision of TCN. “As we work towards our vision, we cannot afford to rest on our oars. We must strive for higher accomplishments in the NESI. We must continue to leverage on team spirit and corporate commitment in our determination to further increase grid capacity, stability and efficiency, as well as enhance interconnectivity in the West African sub-region. In 2022 and beyond, we will intensify our efforts on repositioning TCN as a world class transmission service provider and system operator in line with our vision, mission, and core values and through effective re-branding strategies,” he wrote.

In closing, he fittingly emphasised family. As members of the “TCN family”, he encouraged the staff to plan to do more in 2022, towards the achievement of the vision of the company, which is to become one of the leading electricity transmission companies in the world. And to the staff and their families, Dr. Abdulaziz offered “best wishes and happiness.”