Boko Haram has used most female suicide bombers in history 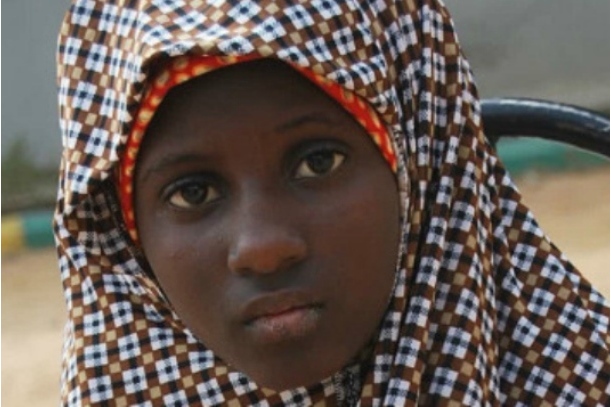 No terrorist group in history has used as many female suicide bombers as Boko Haram (Wilayat al Sudan al Gharbi) has used this year.

0 Comments
Zahra'u Babangida, a 13 year-old girl arrested with explosives strapped to her body in Kano on Dec.24, 2014. (Photo: AFP)

Boko Haram has used more female suicide bombers than any other militant group in history, says Stratfor, the geopolitical intelligence outfit that provides strategic analysis and forecasting around the world.

In an analysis, "An Unprecedented Use of Female Suicide Bombers," published on its website today, Stratfor says only the Islamic State of Iraq and Syria (ISIS) has mounted more suicide attacks in 2015 than Boko Haram. However, the Nigeria-based terrorist group has used more women and girls for suicide missions than ISIS.

Earlier this year when Boko Haram pledged allegiance to ISIS, its leader, Abubakar Shekau, said the group was changing its name to Wilayat al Sudan al Gharbi, whose rough English translation is ‘West African Province of the Islamic State.’

So far in October, over 241 people have died from about 12 Boko Haram attacks. Most of the operatives on these suicide missions are young girls who are between nine to 17 years of age.

Before Boko Haram, the Liberation Tigers of Tamil Eelam, the former militant organisation based in Sri Lanka, were the most ruthless organisation to use more female suicide bombers than any other militant group until it was defeated by the Sri Lankan army in 2009.

Other groups that earlier adopted female bombers were the Kurdistan Workers' Party (PKK), who carried out several attacks against the Turkish military and police, and female Chechen suicide bombers who once tried to assassinate the Chechen president. The Chechen female jihadist were referred to as "Black Widows," even as PKK female operatives were known to strap explosive devices around their midsections to appear they were pregnant.

“Female bombers in particular have the advantage of bucking stereotypes about what a militant looks like, so they can slip past security professionals without receiving the same level of scrutiny. There are also substantial cultural barriers to physically searching or, in some cases, even looking at women,” say Stewart and Fox.

Boko Haram has killed thousands of people, mostly from north-eastern part of Nigeria, in the six years of its campaign to establish its version of Shariah. President Muhammadu Buhari has pledged to crush the militants. He has pioneered the formation of an 8,700-strong Multi-National Joint Task Force (MNJTF), made up of troops from Nigeria, Niger, Cameroon, Chad and Benin Republic, to fight Boko Haram.

As the Nigerian military has bolstered its counter-insurgency operations and taken back territories formerly captured by Boko Haram, the jihadist group has reverted to guerrilla warfare and terrorism, as it uses more female operatives. It is inferred that most of the women and girls are those the group abducted at various times, further casting doubts on possible rescue of the 276 girls abducted from Chibok Secondary School on April 14, 2014. The authors suggested that the use of female bombers by Boko Haram might be a way to dispense with part of its large pool of abducted women and girls and manage cost.

Before 1980, suicide bombings had been few and far between throughout history. But the Lebanese Civil War that spanned 1975-1990 brought suicide bombings to international attention as the Hezbollah Islamist group based in Lebanon used it this form of self-sacrifice to wreak havoc. Since the 1980s, the rate of suicide attacks has grown from an average of three per year to about one per day in 2015. Members of the communist Syrian Social Nationalist Party not only used suicide attacks but also female bombers in the Lebanese war.