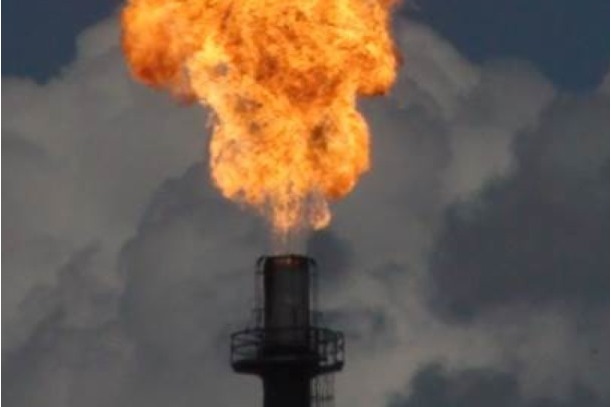 Total of 45 governments, companies and organizations now signed up to “Zero Routine Flaring by 2030” Initiative.

- Burning (flaring) natural gas at oil fields wastes valuable resources and pollutes the environment. For Faith Nwadishi and her community in Nigeria, gas flaring also negatively impacts their fundamental way of life. She tells us why this oil and gas industry practice must end as soon as possible. #EndRoutineFlaring

A global initiative to end routine gas flaring at oil production sites around the world has now been endorsed by 45 oil companies, governments and others, representing potential CO2 savings of 100 million tons a year.

The Zero Routine Flaring by 2030 Initiative has had 20 new endorsements since first launched by U.N. Secretary-General Ban Ki-moon and World Bank Group President Jim Yong Kim in April. Altogether these 45 endorsers represent more than 40 percent of all global gas flaring.

“The oil and gas industry has a responsibility to cut routine gas flaring to zero,” said Anita Marangoly George, World Bank Senior Director for Energy and Extractive Industries. “Ending routine gas flaring not only stops millions of tons of CO2 going into the atmosphere every year, it can contribute to improving the life of the people who live around gas flare sites. If converted to power, the flared gas can produce electricity to light up the African continent. So what are we waiting for?”

They join 25 governments, oil companies and development institutions that endorsed the Initiative at the outset and over the last several months.

During oil production, associated gas is produced and some of it is flared because of technical, regulatory, or economic constraints. As a result, thousands of gas flares at oil production sites around the globe burn about 140 billion cubic meters of natural gas annually, causing 350 million tons of CO2 to be emitted to the atmosphere every year.

The move to end routine gas flaring is seen as a vital contribution to mitigation efforts as world leaders at the UN climate conference in Paris are working to seal a new global agreement on climate change. The “Zero Routine Flaring by 2030” initiative addresses a source of emissions that is relatively easy to identify and reduce. Fewer than 20 countries account for more than 80 percent of gas flaring.

The initiative encourages oil companies to seek economically viable solutions to eliminate ongoing “legacy” flaring as soon as possible and no later than 2030 and to ensure that when their new oil fields are developed, plans include gas utilization solutions that do not involve routine flaring or venting.