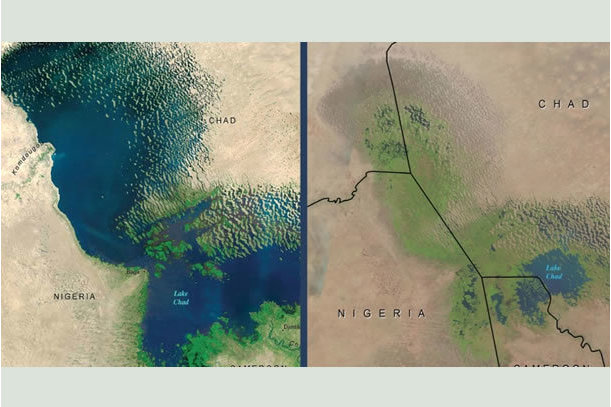 By 2040, one out of four children worldwide will reside in places struggling with extreme water scarcity. Nigerian children are not exempted.

The global demand for water is on the rise, pushing many countries in different parts of the world into severe water scarcity. According to predictions by the World Resources Institute, a non-profit organization that analyses earth’s natural resources, about one-fifth of countries around the globe will experience water insecurity by 2040. Africa is already facing its share of water shortages, which in most cases is peculiar to certain locations and could sometimes be linked to seasonal reductions in water levels. As a result of climate change and global warming, many countries in the tropics experience intense dry seasons which translate to longer periods of drought.

A recent study led by the University of Reading, England also predicted that dry periods or seasons with no rain in southern and south-western Africa, South America and parts of Asia will be accompanied by higher temperatures with a rise up to 7oC and maximum temperatures around 35oC or more, delaying rainy season in these regions. In February 2018, South Africa almost declared “Day zero”, a day when municipal water supply would need to be shut off, in Cape Town, following three consecutive years of dry winters from 2015 to 2017. Authorities in the country had to implement strict water restrictions throughout the period, banning non-essential use of water including washing cars, filling swimming pools, and reducing water consumption to 13 gallons per person daily.

Water stress occurs when the demand for water exceeds available quantity or is unable to meet the daily requirements of the people. Apart from climatic disruptions, other factors such as demographic growth, pollution and blockage of riverbeds as a result of human activities, and water mismanagement, can result in water scarcity and poor drinking water quality. Based on the current climate situation, water scarcity has been predicted to displace 24 to 700 million people by 2030. Over 85 percent of those who will be affected reside in low- and middle-income countries, as reported by the World Bank.

In West Africa, Nigeria is known to be rich in water resources with over fifty lakes of varying sizes and eight main river basins but in 2019, according to a report by the World Bank, approximately 60 million Nigerians could not access basic drinking water services. Although water scarcity is more severe in the northern parts of the country, in the southern, eastern and western regions, prolonged dry seasons cause wells to dry and shrinkage of rivers. Water bodies in some parts of the country particularly the Niger Delta region, an oil rich region of the country, are highly polluted. Massive oil spills contaminate rivers while oil companies often fail to ensure proper clean up and environmental remediation, further depleting the availability of clean water in these areas.

Children are also grossly affected by water shortages. By 2040, one out of four children worldwide will reside in places struggling with extreme water scarcity, according to estimates of the United Nations. And Nigerian children are not exempted. In fact, children in different parts of the country suffer greatly from water related challenges. In a report released in March 2021, 29 percent of Nigerian children – that is about 26.5 million children – experience severe water vulnerability. This takes a negative toll on sanitation, hygiene and promotes the spread of diseases. About 80 million Nigerians had no access to improved sanitation facilities while 167 million people in the country lacked basic handwashing facilities in 2019 as reported by the World Bank. Higher temperatures and adverse weather conditions within the last two years may have increased these numbers.

Water scarcity in Nigeria does not only affect sanitation and hygiene; it extends its tentacles to disrupt livelihoods, encourage rural to urban migration, fuel conflicts and other economic crisis. Lack of water has been reported to be responsible for 10 percent of the global rise in migration. For some years now, alarm has been raised over the shrinkage of Lake Chad. The Lake Chad is a freshwater lake in the Sahel region of West and Central Africa, straddling Chad, Nigeria, Cameroun and Niger. For several years, the lake has provided over 30 million people with drinking water and water for domestic uses, irrigation, livestock, fishing and other economic activities.

Over the past 60 years, the lake has shrunk by as much as 90 percent, reducing its surface area from 26,000 square kilometres to 1,500 square kilometres. The shrinkage has made environmental and humanitarian crisis inevitable as millions of people depending on the resources of this lake suffer from extreme food insecurity and poverty. For Nigeria, water crisis in this region has led to the migration of pastoralists into other parts of the country in search of pasture and water, causing serious farmer-herders clashes that have claimed lives and properties across the country.

We cannot overemphasize the importance of water for food production. Agriculture is a major cause of water scarcity because on the average agriculture accounts for 70 percent of freshwater withdrawals. Water is used in agriculture for irrigation, fertilizer and pesticide application, rearing of fishes, poultry birds and livestock among others uses. As rightly stated by the United Nations Food and Agricultural Organization, we consume so much water daily through the food we eat compared to the quantity we drink as it is impossible to make any kind of food available – whether fruits, vegetables, legumes, cereals, tubers and all, as well as products from animals such as milk, meat, fish and so on, snacks and all kinds of sweetened drinks we consume – without water. Agriculture is also a major casualty when it comes to water scarcity. Its activities are overly affected by water shortages, thereby threatening food security.

Continuous water shortages in Nigeria exacerbate land deterioration and desertification, mostly in the northern parts of the country. Such degradations have reduced the productivity of major crops over the last 20 years. To be sure, the Federal Government of Nigeria has made impressive moves to tackle desertification in the country especially in the northern region, supporting agro-climatic resilient project in semi-arid landscapes, to improve the adoption of climate resilient management practices in the north. The government has also been a part of the Great Green Wall project in the Sahara and Sahel regions aimed at combating desertification and promoting sustainable land practices to ensure resilience against climate change.

The Federal Ministry of Environment is also actively seeking support from international organizations to support climate resilient and adaptation interventions in the country. The World Bank recently approved a $700 million credit from the International Development Association for the country’s Agro-Climatic Resilience in Semi-Arid Landscapes Project, to promote long-term enabling environment for integrated climate-resilient landscape management in the northern region of the country.

As climate change continues to worsen water crisis in the country and beyond, more terrible crises might ensue if proactive measures are not directed towards water conservation and proper management of its usage. We must act now to prevent the situation from getting out of control, not just in the north but in every region of the country. Governments at all levels must ensure a robustly integrated management of water resources. Some of the actions that can be taken to reduce water related risks include investing in water purification and desalination infrastructure, public campaign to educate the populace on the need to efficiently use water and minimize wastage.

Management strategies to improve efficient agricultural use of water without affecting crop yield should be adopted, such as making improved crop varieties with lower water requirements available to farmers. Strict laws must also be implemented to stop the pollution of water bodies by individuals, industries and other corporate establishments. More so, governments in countries affected by Lake Chad shrinkage should join forces to restore the lake and improve the economic situation of people whose livelihoods are affected by the lake’s depletion.