Advocacy group calls on Cameroon to drop charges against journalists 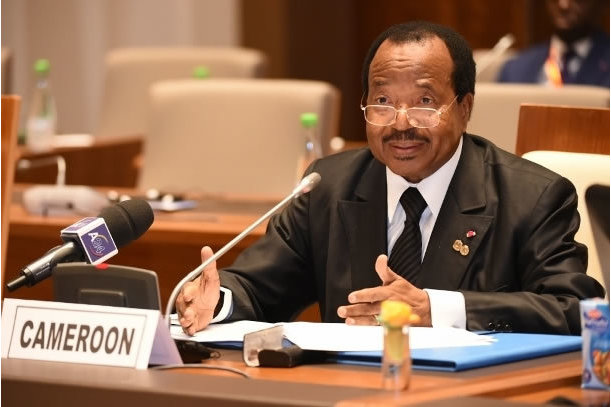 Journalists Baba Wame, Rodrigue Ndeutchoua Tongue, and Félix Cyriaque Ebolé Bola are due to appear before a military court in Yaoundé, the Cameroonian capital, on Friday.

A coalition of Amnesty International and Reporters Without Borders has called on the Cameroonian government to immediately and unconditionally drop all charges against three journalists accused of failing to disclose information and sources.

Journalists Baba Wame, Rodrigue Ndeutchoua Tongue, and Félix Cyriaque Ebolé Bola are due to appear before a military court in Yaoundé, the Cameroonian capital, on Friday. The journalists are being charged for the crime of ‘non-denunciation’ for their failure to share information that could “harm national security.”

The journalists were investigating a story about allegations of collusion between Cameroonian security forces and a leader of an armed group from Central African Republic that had been accused of attacking a town in the east of Cameroon.

“Charging journalists for abiding by the ethical standards of their profession is a violation of the right to freedom of expression, and a worrying development in Cameroon,” said Stephen Cockburn, Amnesty International West and Central Africa Deputy Regional Director.

If convicted, the three journalists could be sentenced to jail terms between one and five years and/or a fine between 50,000 to 5 million CFA (approximately US$832--US$8,325).

The journalists reportedly received documents about the alleged affair and wrote to the police to get more information. When they did not receive a reply, they abandoned the investigation and did not publish the story.

They were originally charged in October 2014 under Article 107 of Cameroon’s Criminal Code, and placed under judicial control, registering with the police each week. They were prevented from publishing in the media. The journalists deny they uncovered any information that could undermine security and say they wish to protect their sources.

Reporters Without Borders’ Africa Desk Manager, Cléa Kahn-Sriber, said, “Cameroon’s Criminal Code should be reformed in conformity with international standards to protect freedom of expression and the confidentiality of sources. The public have a right to information and national security must not be used as a pretext to stop journalists from doing their job.”

The human rights and journalism advocacy group said Cameroon has ratified both the African Charter on Human and Peoples’ Rights and the International Covenant on Civil and Political Rights, both of which provide protections for journalists and their sources.