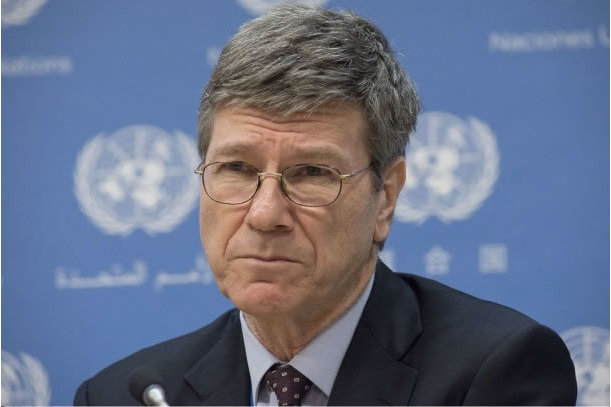 Ahead of the G20 meeting in Hamburg, the new SDG (Sustainable Development Goals) Index and Dashboards Report 2017, released today, illustrates that world leaders need to strengthen their joint efforts to realize the global goals. Not only does a rising trend of nationalism and protectionism impede the implementation of the goals, but as the report shows, industrialized countries are not serving as role models.

Many of the richest countries in the world are nowhere near achieving the global policy objectives but also deteriorate the implementation process for poorer countries because of negative spillover effects.

The study was written by experts of the Sustainable Development Solutions Network (SDSN) and the Bertelsmann Stiftung, under the lead authorship of UN Special Advisor and world-renowned economist Prof. Jeffrey Sachs. The SDG Index and Dashboards collect available data for 157 countries and assess where each country stands in 2017 with regard to achieving the SDGs. The SDG Index ranks countries based on their performance across the 17 Sustainable Development Goals. The SDG Dashboards use a traffic-light chart to assess where a country stands on each of the 17 SDGs. It helps countries identify priorities for early actions and shows that every country faces major challenges in achieving the SDGs.

The United States ranks 42nd on the 2017 SDG Index, placing it ahead of only 4 other OECD countries (Chile, Israel, Mexico and Turkey) and behind many European states such as Latvia (32nd) or Greece (38th), as well as Cuba, which takes the 29th place, and Argentina (41st). It is one of the few G20 countries with as many as 8 SDGs rated as “red” on its SDG Dashboard, alongside India, Mexico and Turkey. The US Dashboard thereby highlights key challenges in overcoming gender and income inequality (SDGs 5 and 10) as well as in addressing unsustainable consumption and production (SDG12), taking climate and environment action (SDGs 13 to 15), ensuring peace and security both at home and abroad (SDG16) and supporting the global partnership for the SDGs (SDG17).

“SDG Index and Dashboards highlight the need for urgent action on the part of G20 countries in making sustainable development a reality both within and beyond their borders. If the world is to achieve the SDGs, all countries must take up the goals as part of their national development strategies and ensure that they take responsibility for their impact on the rest of the world," said Jeffrey D. Sachs, Director of the SDSN.

Even the richest countries fall short on their promises

The countries which are closest to fulfilling the goals are not the biggest economies but comparably small, developed countries:  Sweden, Denmark and Finland are the top three performing countries.  Among the G7 countries, only Germany and France can be found among the top ten performers. The United States ranks 42nd on the Index, while the Russian Federation and China rank 62nd and 71st, respectively.

Still, every country faces particular, often major challenges: One of the greatest obstacles in achieving the global goals for high-income countries are poor performances regarding sustainable consumption and production. All countries that score lowest on electronic-waste generation, for example, are high-income countries. Sweden, the frontrunner for the overall SDG index ranking is, alongside the United States, Germany and France, one of the countries that produces the most electronic waste: an average of 23.7 kilograms per person each year.

In comparison, Burundi, Congo or Malawi, which are among the poorest countries in the world and perform badly overall, only produce 0.2 kilograms. Low and middle-income countries from Africa are, moreover, among the top ten performing countries when it comes to municipal waste. They tend to produce only half the amount of municipal waste that high-income countries such as the United Kingdom or France produce.

Even more striking is the finding that high-income countries owe their good performance due to so-called “negative spillover effects”. These effects occur when the actions of one country, or the lack thereof, affect the ability of others to fulfill their obligations under the SDG Agenda. The bottom 20 performers on spillover effects are rich countries which generally do better than poor countries in the overall ranking. This suggests that good SDG outcomes are often associated with negative spillover effects.

The report is a first attempt to measure these processes, which include unsustainable consumption patterns that externalize environmental and social costs to other countries, as well as unfair tax competition and opaque financial systems that foster money laundering and insufficient financing for public global goods. Altogether only six countries (Sweden, Norway, Luxembourg, Denmark, Netherlands and UK) spend the committed 0.7% of GDP on Official Development Assistance.

Poor and developing countries understandably score lowest on the SDG Index as they still face significant challenges in tackling poverty and providing basic services, while often having comparably little resources at their disposal. The Central African Republic, Chad and the Democratic Republic of the Congo are at the bottom of the Index and still have the longest way to go in achieving the SDGs. The complete SDG Index and Dashboards report provides full details for each country.

“The G20 nations should send out a strong signal towards the achievement of the global goals. Our findings show that politicians, businesses and society altogether must urgently intensify their efforts and commit themselves to this agenda,” said Aart De Geus, CEO and Chairman of the Bertelsmann Stiftung.